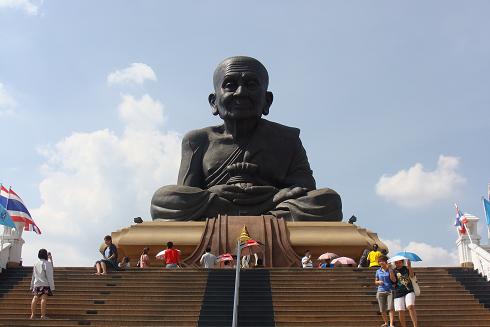 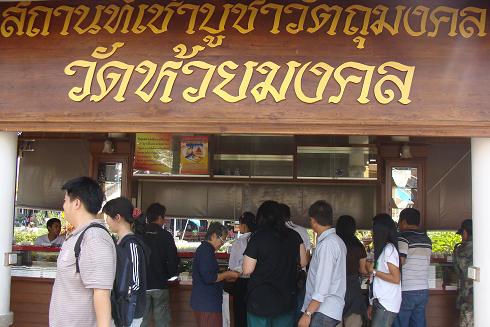 Wat Huay Mongkol is situated in Tambon Huay Mongkol, Hua Hin, Prachuab Khiri Khan Province. The temple is located about 15 km from Hua Hin town. All 10 of us (Ta Toy, Yai Noi, Yai Suan, Yai Nuch, P’Ning, P’Nat, Niw, Nik, Pee and me) went in Ta Toy’s truck. Noon didn’t join us as she needs to look after the small kids swimming at the beach. 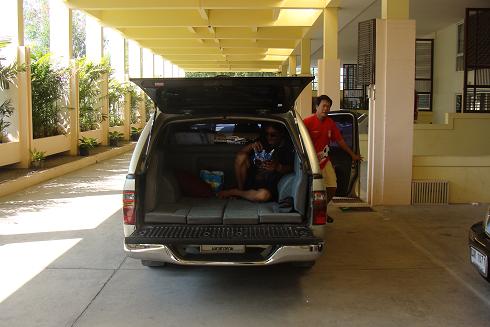 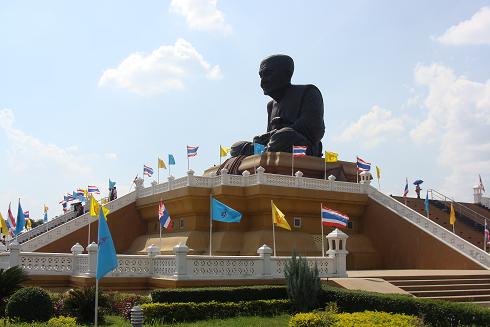 The weather was very hot and I felt so exhausted. But luckily Ta Toy’s truck aircond was working pretty well. Wat Huay Mongkol is famous for Luang Por Thuad’s statue. Some says that the statue is the biggest statue of Luang Por Thuad in the world. 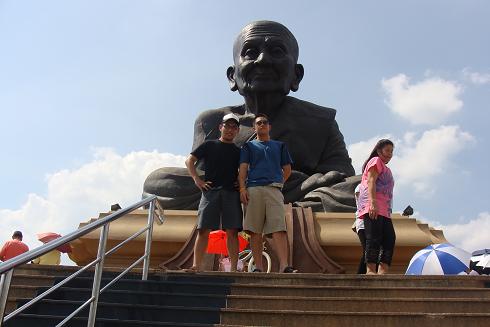 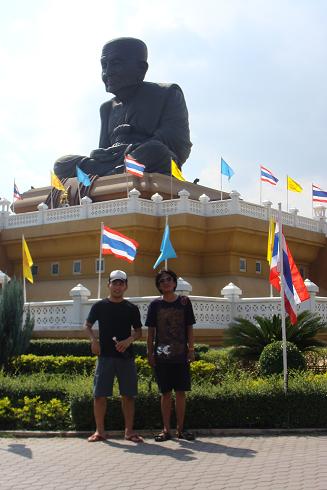 Luang Phor Thuad was the legendary Southern Thai monk, immensely popular with the Southern Thais and increasingly so elsewhere in the Kingdom for the miracles associated with him. The big statue was commissioned by Queen Sirikit of Thailand at Wat Huay Mongkol. 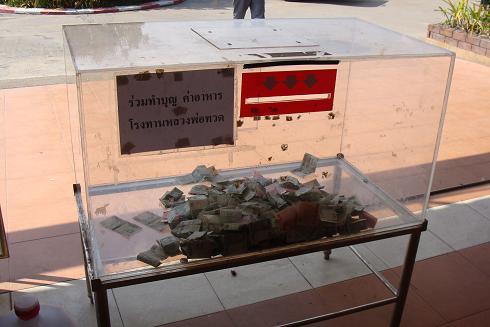 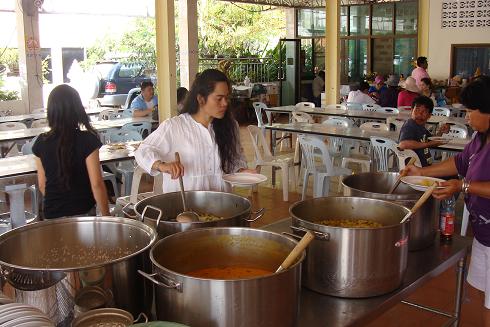 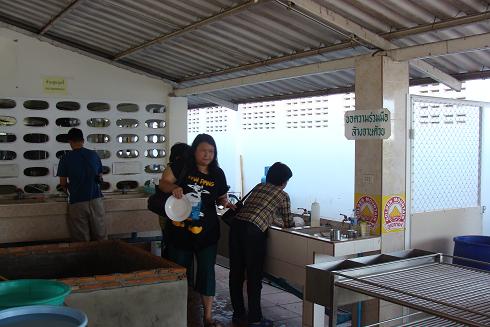 The huge Luang Phor Thuad statue is seated on a pedestal with four other smaller images in niches where the faithful can paste gold leaf on Luang Phor Thuad. There is a canteen where visitors can have their lunch for free. There is also a big donation box at the entrance for visitors to donate. However, it is up to them whether to donate or not. 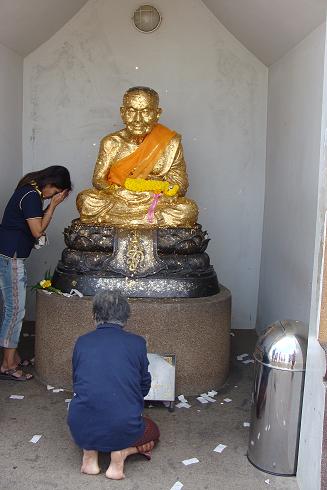 After eating, we went over to wash the plates and spoons that we used. There’s a tip for saving. Just go to a temple with canteen. Donate 20 Baht and you can eat the buffet as much as you want. There is one temple in Ayuthaya which has a canteen like this as well. The food in Wat Huay Mongkol wasn’t bad at all. 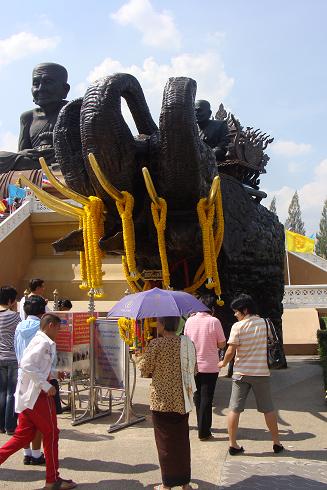 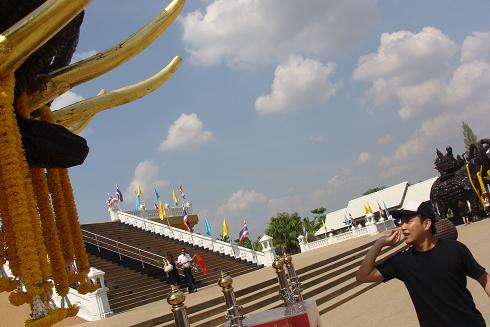 There are two elephant statues with 3 heads located in front of Luang Por’s statue. Many visitors tried to place coins into the elephant’s mouth. I did after five or six times trying. It was quite difficult. For me, morning is the best time to visit as the weather might be cool and not as hot as in the afternoon. Other than that, there were too many tourists arriving by coaches from other provinces. The place was a little bit crowded the time we went. 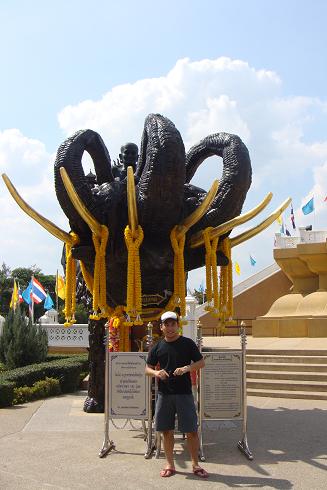 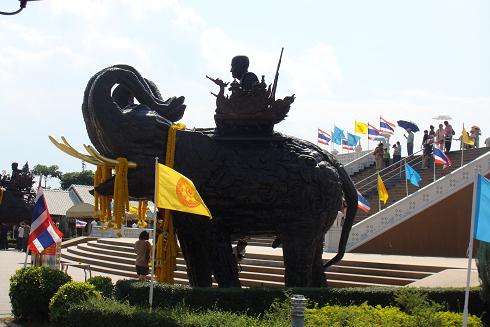 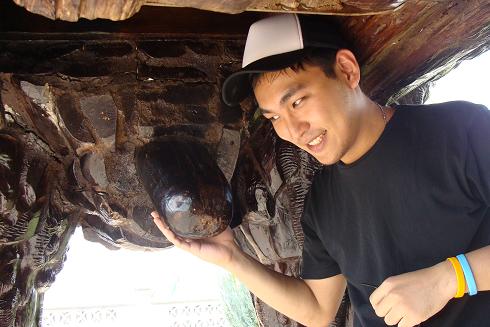